Acquisitions is about a boy, Cam, who is trying to find his identity, both socially and physically. After a plague wiped out most of humanity, including his family, he was taken to a sort of orphanage. There he’s picked on by a mutant, Devon. The mutants are part of the plague’s aftermath, being far stronger than humans. As time goes, however, Cam starts becoming romantically interested in mutants he meets, along with finding his body change in severe ways. Who will he find inside himself? What will he become? Buy the book for the answers!

If you like reading free stories, you can find her Wattpad link at the end of the interview. Also, if you want to see a book that’s been truly endorsed, it has all five stars on Amazon. I still need to read the final version, but I would have given it a five (maybe four and a half, but for a debut beta novel, still amazing) based on the beta. So truly, give it a read.

With your book being YA, what influenced you to write for this age group?

Young adult literature has always been one of my favorite genres. I love science fiction and fantasy, and I get pretty excited about combining young adult and speculative fiction.

I also worked with teenagers for several years as a school administrator, English teacher, and karate instructor. Quality teen literature was valuable to me from several angles. I watched how dynamic stories that represented the complexity of adolescents’ social and emotional lives affected the development of the young adults in my school. I also watched those books turn nonreaders into avid readers, especially the boys. I used Ender’s Game by Orson Scott Card to hook a lot of boys into reading, even making it an entire unit in my tenth grade coursework. In the end, I felt successful as a teacher and a mentor when my students started recommending books to me.

I have seen the influence that good literature can have on teens, and I wanted to write a story that offered that influence. It would be great to hear that my book appealed to an experienced reader and also hooked a reluctant reader.

What opportunities do you feel YA allows an author that other genres don’t, and what restrictions are there?

Young adult literature allows an author to work with young adult characters. I believe teenagers are more willing to give in to the suspension of disbelief, both as readers and as characters in the story. It’s also a time in a character’s life when there are so many rites of passage and first experiences (which are often the same things). As a writer, I will never get tired of experiencing those rites of passage along with my characters.

Writing in the young adult genre is difficult because I think that teenagers are more finicky readers than adults. I think they’re more willing to put the book down if it’s not great, which can be a good thing if you think about the value of time, and it can also be a challenge for the writer. I don’t mind not being able to write explicit sex scenes, and I don’t think the genre has much restriction on violence.

With this being your first book, what are the most exciting and terrifying aspects of getting published?

The most exciting aspect of getting published is that I feel as if my dream career of being an author has officially launched. It’s sort of the full-commitment-no-turning-back moment on the part of myself, my publisher, and my readers. The most terrifying aspect is the social media/marketing aspect. I want to write, and the time demand of marketing intimidates me, especially when my youngest child is in kindergarten I have literally 2 ½ hours a day to get it all—the writing and the marketing—done.

Cam is the protagonist of The Plague Legacy, a young man trying to survive some very difficult circumstances. Did you find it a struggle to write about a teenage boy and what aspects were easy or difficult?

Having spent a lot of time with teenagers in a therapeutic environment, I feel fairly confident writing about a teenage boy from an emotional angle. I had a little difficulty with some of the physical aspects, such as what it would feel like to put on damp shorts, but I used the expertise of my two teenage boys in residence.

Are you a planner or do you fly by the seat of your pants when writing?

I am primarily a planner, at least when it comes to the overall story arc. While writing Acquisitions, I would outline in detail about three chapters at a time. I outline loosely, allowing the characters to fill in the details while moving the story along where I need it to go.

What are your plans now that you’re finished with the first book of the series?

On the top of my list is to show my gratitude to everyone who supported me during the first book, including you and the people at Fox Hollow Publications. I think my family comes first; although they are suffering through my anxiety and excitement right now, I owe them some cookies and love. After that, my plans are to write, write, write. I would like to publish another novel in 2014 along with the second in The Plague Legacy series, but I’m trying to be reasonable with my demands as a mom. Writing is a very time-consuming career, and I hope that I can find the balance with all of my roles in life.

Thank you to Christine Haggerty for her time, along with sharing her talent with the world. Please click on the links above or below to purchase her book and dive into the incredible, plague ridden world of The Plague Legacy. 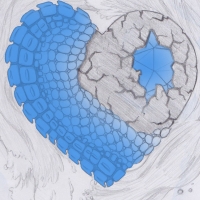 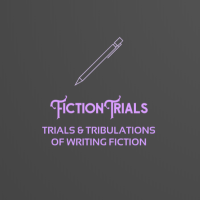