I don’t get to create role playing characters often. Generally my efforts are spanned across creating the game. I make the settings, a couple dozen NPCs, a few on the spot, and a plot line. I do a good job, but it can often feel like oatmeal. You had to create too much, so there just isn’t the normal flavor. Sure I add raisins and brown sugar, so people do enjoy it, but at the end of the day I look at it and see something borderline blah.

When I get to focus on one character, when all that matters is my little domain, I create magic. I’m not bragging. I’m telling you what others tell me. I make a great story. It makes the world spin. But as a character, I also become one of the most fascinating beings at the table. All that creative energy spent on creating a full story, put into one character.

My first truly memorable character was in college. We were vampires, I created a fashion designer stuck with her high school cheerleader compulsions. She was neurotic at best. I expected her to die within four or five sessions. Her behavior did not lend to survivability. She was bulimic, which in vampire meant she spent blood as quickly as possible to feed as often as possible. She had a herd, basically partook in all the human vices she could. If she didn’t die in battle, either her colleagues or the vampire society would put her down. Our GM liked her too much to put her down during the session she should have died.

The next character to really jump out was in Exalted. I was a beefy earth warrior. I drank, I stripped, I was a pox upon my family. Again, there would be a time where I bludgeoned someone’s face in I shouldn’t have. And I would be put down. Then the day came when I did. You know what happened? The other player was of the same mindset and we killed them all. The GM was vexed. As GMs often are in Exalted.

I took to Storium with the same enthusiasm. A chemistry professor at some established college is out to prove the supernatural don’t exist. He’s already staring down death, unwittingly, as often happens to the skeptic. Ultimately, if he survives his first half dozen encounters, where he rationalizes everything, he’ll have a high survival rate. I’m not sure he’s going to make it through the second one, though.

When role playing, make characters that are memorable. Often times they will have some flaw that could get them killed, in one of the three forms of death, but let’s be honest, in role playing it’s almost always physical death. Do not retrain yourself by “Is this going to kill my pet?” Guess what? It takes 10 seconds tops to print a character sheet, and an hour to fill it in. Tops. Don’t become so attached. If they die, they die. Make the death count. 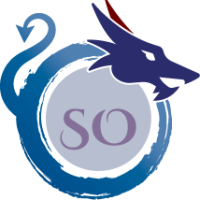